How can we help you today?

SSD vs. HDD: What is the difference? Print 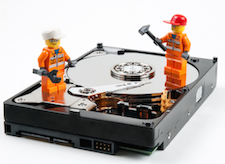 What is an HDD?

Hard disk drives have been around since the early days of computing. Think back to 1956 and the IBM 350 RAMAC hard drive that used 50 24-inch-wide platters to hold a mere 3.75MB of storage space.

While the form factor and platter density has changed significantly since then, an HDD still works basically about the same. They use a magnetic head moved by a mechanical arm to read and write data on one or more storage platters.

What is an SSD?

A solid-state drive is a storage device that reads and records data on flash memory, a medium which uses transistors to represent the ones and zeros that make up digital information.

SSDs have been around for decades, but they did not become commonplace until the early 2000s, when prices came down to affordable levels for the masses, and the technology grew more mature.

Because they have no moving parts, SSDs offer some significant benefits compared to conventional hard disk drives (HDDs), including:

SSDs are a great choice for high-performance users and their laptops, as well as for application servers with demanding I/O requirements. Many SSDs use the same I/O interfaces as HDDs and come in standard HDD form factors, making it easy to install them in existing devices. As such, SSDs can be a great way to give new life to an old device, helping you get a little more use out of a machine that might otherwise be facing retirement.

It's important to know that an SSD will wear out eventually, after you've overwritten a block enough times. To increase reliability, SSDs are often provisioned to include spare capacity so that when one storage block fails, another can just pick up the load. But all that failover stuff is going on under the hood where you don't notice it in daily use unless you use diagnostic tools.

That said, early generations of consumer SSDs earned a bad reputation for catastrophic failures. And, to make matters worse, they generally did nothing to warn you ahead of time that death was imminent. Your standard hard drives often make a dreadful noise warning you of failure well in advance of them actually dying, giving you a chance to take precautions before experiencing data loss. Many SSDs just up and quit.

Since about 2012, consumer SSDs have become much more reliable. For example, SSD endurance tests conducted by websites like Tech Report found that SSDs exceed by a great deal their official endurance specifications. Plus, the drives all survived far more writes than most users are likely to generate over the lifetime of their devices.

But even though we don't have to worry about SSD reliability as much as before, as of 2016 the price per GB is still expensive when comp to spinning hard disks.

It's important to know the difference between consumer and enterprise SSDs. Enterprise SSDs will often carry with them an enterprise-sized price tag, but they will also typically use more durable single-level cell (SLC) technology that can last longer than the more consumer oriented multi-level cell (MLC) and triple-level cell (TLC) flash technologies.

Plus, enterprise drives tend to have  a much higher terabytes written (TBW) limit, a rating companies give to their drives to indicate how much data you can expect to write to them before you start experiencing trouble. TBW becomes important if you support, for example, a database that's written to multiple times per second. You need the SSD to be able to handle a more frequent write-erase cycle and not wear out prematurely.

Should you buy an SSD? 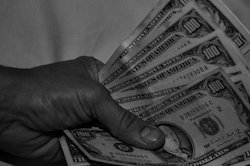 As time marches on, the technology gets cheaper and better, and things that were once bleeding edge become mainstream. SSDs are currently at the point where their reliability is good and prices are finally within reach for many users, even if the price per capacity is still a bit high for some.

And when it comes to reliability, keep in mind the wise words of  Robert5205: "What does 'reliable' mean to you? Never fail? Fail in a controlled way that can easily be mitigated? Operational cost over lifetime? Assume they're going to fail and plan for it. Then, they'll always be reliable."

Did you find it helpful? Yes No

Send feedback
Sorry we couldn't be helpful. Help us improve this article with your feedback.